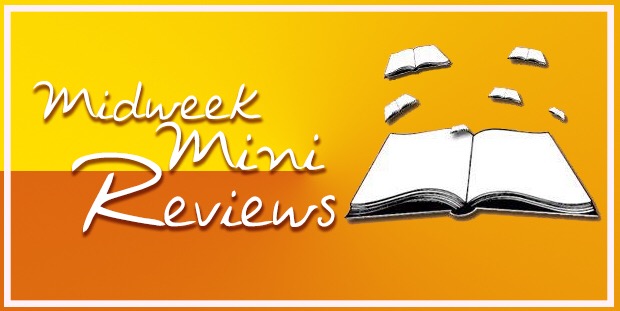 This Midweek Mini Reviews post features some  non-fiction books for those who are feeling a bit lost in life.

Can’t Help Myself: Lessons & Confessions from a Modern Advice Columnist by Meredith Goldstein 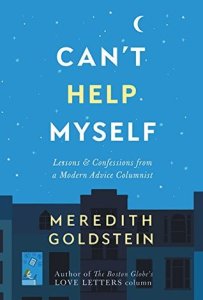 I’ve always liked reading advice columns in magazines and newspapers so I was keen to pick up Meredith Goldstein’s Can’t Help Myself: Lessons & Confessions from a Modern Advice Columnist as it promised a “behind the scenes” look at one of today’s most popular columns. Unlike your typical advice column, Love Letters is unique in that it allows responses from its readers in the comments section which gives it a more modern, “group therapy” vibe. The book is divided into different sections, each starting with an introduction from Goldstein talking about her personal life and experience. This “memoir” aspect of the book is then followed by one or two questions from her column that fall under the section’s topic along with Goldstein’s response and some of the responses from the comments. I loved seeing the comments from the readers as their responses and suggestions were always entertaining and occasionally extremely hilarious. I enjoyed this refreshingly, honest look at an advice column and am looking forward to checking out the actual Love Letters column online. 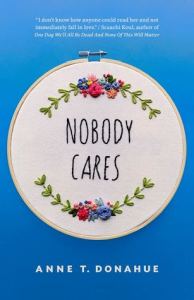 While the first few essays in Anne T. Donahue’s Nobody Cares truly resonated with me, the majority of the essays in this collection did not. However, there were a few that stood out to me. The chief among them is the essay on not being “fun” as I hate or at the very least don’t see the appeal of the popular things she also hates although I do love brunch. Still, I loved that the takeaway was about not doing things you don’t want to anymore, thus giving you permission to not force yourself to do the things you hate, this is something I’m definitely a fan of it. The other essay that stood out to me was her essay on death titled, “It Will Never Feel This bad Again” as not only was it extremely poignant but it was probably the most honest and relatable essay about death I’ve read so far. In the end, if you’re in your 20s or 30s and feeling lost or not liking where you are in life this book will definitely speak to you. Whether it’s by providing advice that needs to be repeated for you to follow like she does in her essay “Get to Work” or being straightforward and blunt with you while oddly also being comforting as seen in her essay titled, “In Case of Emergency”, Donahue truly cements her status of the best friend you would want to have in your corner.