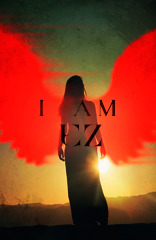 Please join me in welcoming Paula Weston author of The Rephaim series (which we LOVE) to the blog. We’re so excited to have her stopping by today on her blog tour for her second book in the series, “Haze”! She’s kindly agreed to contribute this guest post:

Fear…it’s a funny thing. We all deal with it in different ways and at different levels.

Veronica Roth says she wrote Divergent as a way to deal with her own fear and anxiety, which – at certain times in her life – she’s found overwhelming and debilitating (www.people.com/people/article/0,,20798669,00.html).

I’ve certainly had moments of overwhelming anxiety, but I tend to have the opposite reaction: I act impulsively. For me, action – even ill-considered – is less stressful than inaction. (Now you know where Gaby gets it from.)

But a few years ago, I discovered that anxiety had dug its hooks into me in ways I wasn’t even aware of.

I’d made a significant decision to make a lifestyle change, moving from a full-time job to become self employed as a writer and as a partner in a consultancy with one of my closest friends. Over the next six months, I picked up my first publishing contract for the Rephaim series and the business built steadily. But something weird was happening to me. I was getting chest pains, shortness of breath, palpitations, numbness and felt ‘spacey’ at odd and inappropriate moments. I got checked out at the doctor, and the ultimate diagnosis was that I was stressed. Which made no sense because I was working from home, pursuing my dreams and, I thought, living a more relaxed lifestyle.

When I finally started to pick apart what was happening for me, I realised I was anxious about loss of control and financial security – it was a major shift to go from a regular wage to an inconsistent, unpredictable (and lower) income. And because I wasn’t dealing with that on a conscious level, my body decided to send me a few not-so-subtle signals.

Interestingly, once I recognised what was going on and started being honest with myself, the
symptoms went away. For me, my state of mind definitely influenced my physical wellbeing. The underlying fear didn’t go away – or the financial pressure – but I chose to deal with it head-on, which works better for me.

In the Rephaim series, I write a lot about fear – much of it about immediate, physical threats. But, particularly in Haze, I’m also trying to explore that deeper type of fear that influences how we think and feel, even when we’re not acknowledging it exists.

For those not familiar with the series, it’s told through the eyes of 19-year-old Gaby who (in the first book, Shadows) discovers she’s not who she thinks she is, and that she may have done something potentially disastrous a year ago. She’s caught in the middle of a conflict she doesn’t remember, with threats coming from all sides.

On a very simple level, Gaby fears for her safety and the safety of those she cares about. There are half-angels, demons and hell-beasts out to hurt her and more than once she has to deal with the fight-or-flight issue. Then there are deeper, more pervasive fears about identity and belonging: who she was and what she might have done in the past – and what that means now.

Gaby also discovers the twin brother she’s been mourning for a year may not be dead, and that her memories of him are as fake as everything else she remembers about the past. In Shadows, she’s afraid to hope that Jude is alive, afraid to go through the pain of losing him all over again. In Haze she deals with the fear of what might happen if he is alive. Will he be the brother she loves and remembers or will he reject her because she’s not who she’s supposed to be? Throughout he series, Gaby’s biggest challenge is learning to push through her fear and find the strength to protect the people around her, and to trust herself.

The great paradox with fear is that we’re often afraid talk about it, in case it somehow makes us (more) vulnerable. But anyone who’s ever shared their fears with someone they trust knows the power that exists in dragging that stuff into the light.

For Gaby, especially, she functions best when she’s honest enough to face what she’s really feeling. And I’d have to say I’m pretty much the same.

Author Bio:
Paula Weston is a writer-journalist-professional communicator with pH creative. Weston is also a huge fan of Australian literature, fantasy/paranormal writing across books, TV and film; comedy in addition to being a closeted comic reader and TV addict. Shadows, the first book in the four book Rephaim series published by Tundra Books in Canada is now out in stores with the second book, Haze coming out in Fall 2014. Weston currently resides in Brisbane with her husband, Murray and their pets, a retired greyhound and a moody cockatiel. (Taken from the author’s website)

Unlike 2020, March 2021 didn’t feel like it would never end. Although, it probably didn’t hurt that I wasn’t sick and stuck in bed this time around. Anyway, after months of reading just light-hearted romances, I thought I’d change up my reading for March. Starting with an adult fantasy novel written by Canadian author, @hmlongbooks, which I actually enjoyed despite not being a huge fan of the fantasy genre. I also FINALLY got around to reading the Pulitzer Prize-winning novel, The Sympathizer. While it was well written, it was also a bit of a dark and depressing read. Anyway, check out the link in my bio for the full list of what I read in March.⁠
Happy Wednesday!
Pre-pandemic, I did most of my reading on public transit. Whether it’s on the bus, streetcar or subway, I’m used to reading during some kind of commute. Once Covid-19 became more serious and working from home became the new reality for me, I had to adjust how and when I read. These days I find I do most of my reading in bed. An English teacher I once had suggested to me and the rest of my class that if we have trouble falling asleep at night, to read a physical book. I’ve never forgotten her advice, which comes in handy during these stressful times. ⁠
Yes, I know the book is called A Phở Love Story. Unfortunately, despite being Vietnamese, I could not get a homemade bowl of phở for this book photo. Hopefully, this photo of me in my áo dài works?
Chúc Mừng Năm Mới! Happy Lunar New Year! 🐂
Happy February!
Loading Comments...
Comment
×