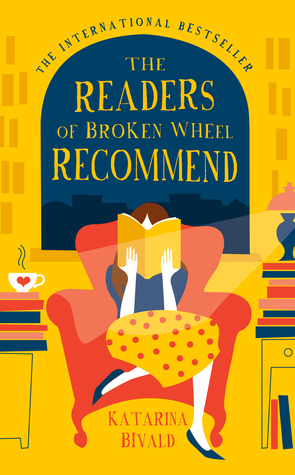 “Books had been a defensive wall, yes, though that wasn’t all. They had protected Sara from the world around her, but they had also turned it into a fuzzy backdrop for the real adventures in her life.” (p. 17)

Back in February during the Random House Spring Preview, I first learned about The Readers of Broken Wheel Recommend by Katarina Bivald, and I knew then and there that it was definitely a book for me. The premise of the book follows Sara a young woman from Sweden who comes to visit the small town of Broken Wheel after she is invited there by her pen pal/fellow book lover, Amy. Once she arrives, however, she is hit with a major shock and the rest of the book is shows how Sara comes to find her place in this small town. In addition, we become acquainted with a few of the other people who reside in Broken Wheel each of whom has secrets of their own. As, the story progressed, I found that I was growing fond of such characters as George and Caroline.

My favourite element of The Readers of Broken Wheel Recommend is how each chapter starts with a letter from Amy addressed to Sara. It is through these letters that we become familiar with the bond that developed between Amy and Sara. Furthermore, it is through these letters, that Amy is still able to remain a major figure in the story even if she can no longer directly influence what goes on in Broken Wheel.

Although there is a bit of romance in the book, it doesn’t overwhelm the central story of how a small town comes together partly as a result of a young woman and her books. Overall, The Readers of Broken Wheel Recommend has an extremely fairy tale like charm to it which makes it all the more heartwarming. Sure, there are numerous events in the book that may require you to suspend your disbelief, but that’s what makes it such an excellent book to escape into. Besides who doesn’t love a happy ending, even if it’s a bit too neatly tied up?

If you like this book, you’ll love: A Robot in the Garden by Deborah Install 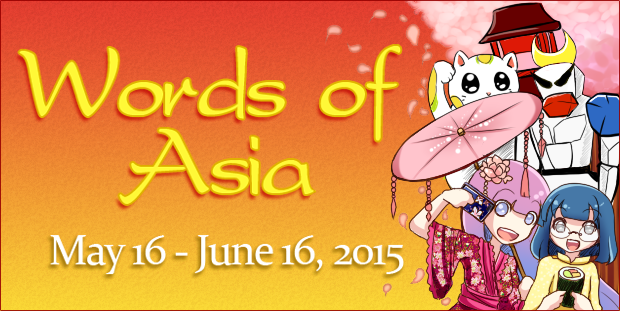 For a listing to the links for all the other review posts for the Words of Asia blog event click here.

About the Authour:
Haruki Murakami is probably the best known Japanese authour in the Western world. He has written many contemporary works of literature which include both novels and short stories, as well as works of nonfiction. He has also translated many well known books into Japanese. Currently he resides in Japan with his wife, Yoko. His latest book to be translated into English is the novella, The Strange Library which is available now in stores.

Where Does it Take Place?
Mostly in Japan, as Tazaki travels back to his home town, Nagoya from Tokyo where he currently lives in order to confront his former friends.

What’s it About:
When he was in high school, Tsukuru Tazaki was friends with four other students, Akamatsu, Oumi, Kurono and Shirane. The five of them were inseparable, however, Tazaki eventually left to go to university in Tokyo the others stayed in Nagoya. Then one day all four of his friends cut him off without any explanation, and while hurt he never explored the issue further. Years later, in his mid-thirties Tazaki is encouraged by his girlfriend Sara to find his former friends and get an answer so that he can finally move on with his life.

My Thoughts:
While I have read a few of Murakami’s short stories, I never got around to reading any of his actual novels. However, when I heard about the premise of Colorless Tsukuru Tazaki and His Years of Pilgrimage I was immediately intrigued. I think my reason for this curiosity was because I wanted to see how Murakami would tackle the issues of friendships as they evolve, change and as people grow apart. As expected, he does a fantastic job and as always his writing is flows so well that it feels like a well constructed symphony. And while I haven’t read the original version of the novel, I believe that Philip Gabriel did a good job with the translation of this book.  Also one of my biggest worries with this book was that things would be left unresolved by the novel’s conclusion, thus I was pleasantly surprised that I ended up being fine with how the novel ended. It was neither neatly tied up nor was there a lot of loose ends by the novel’s conclusion. Colorless Tsukuru Tazaki and His Years of Pilgrimage was my first Murakami novel, and it definitely won’t be my last. In fact, I hope to pick up Norwegian Wood sometime this year.

You’ll like this book, if you love:
Books that are more quiet and somber, and that focus more on a character’s journey of self discovery rather than solving the major mysteries. Also, if you are a fan of Murakami’s other works and are used to/don’t mind endings that are slightly open-ended.