Last year I attended a couple of online previews and get an early sneak peek at several YA titles coming out in 2021. It was definitely an interesting experience attending these events online, and while I miss the in person events, I’m glad the publishers could move them online so we can still hear about all the amazing titles coming out in the new year. So without further delay, here are my top picks of YA books coming out in the first half of this year! 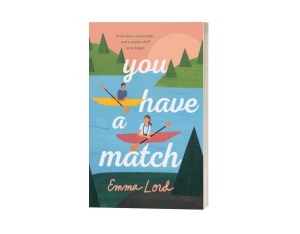 I haven’t read Tweet Cute yet, but I’ve seen many bloggers rave about it. You Have a Match is Emma Lord’s second YA novel, and it’s described as “The Parent Trap meets 23andMe”.  Protagonist Abby discovers she has a sister through an online website, and it turns out her sister is Instagram star Savannah Tully and the complete opposite of her! The two girls decide to meet up at a summer camp to figure out why Savannah was given up for adoption a year before Abby was born.On top of the family drama and secrets, Abby also has to confront the awkwardness between her and her best friend and crush Leo, who also is the co-chef at the camp where both girls are staying. This was one of the three review copies in the digital swag bags provided to us, so I’m hoping to get around to reading it sometime this year.

This book was Marisol’s pick from the Frenzy Presents event in December since she also studied in England and ended up marrying her “Hot British Boyfriend”. Pitched as “The Holiday meets Legally Blonde”, Hot British Boyfriend is about Ellie Nichols’ quest to land a hot British boyfriend during her high school’s study abroad trip to England. After all, the best way to get over the humiliation of a public rejection is to move on with someone better! Readers who love teen romances that take place overseas like the Stephanie Perkins’ books will probably enjoy this one as well! 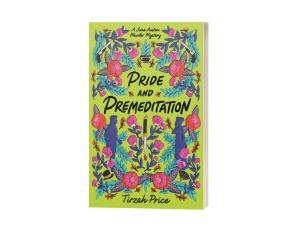 If you’re a fan of Jane Austen and mysteries, then this book may be perfect for you! The first in a new series of Jane Austen murder mystery retellings. In Pride and Premeditation, Lizzie Bennet is now an aspiring lawyer, while Fitzwilliam Darcy is the stern young heir to the prestigious firm Pemberley Associates. The two find themselves force to spend more time together as Lizzie is determined to prove herself by solving a murder case where she believes that the authorities have got the wrong person. As a fan of murder mysteries, I’m intrigued to see how the Lizzie and Darcy dynamic will be in a legal environment, so this one is for sure on my radar. It should also be on your radar if you’re a fan of the Lady Janies series. 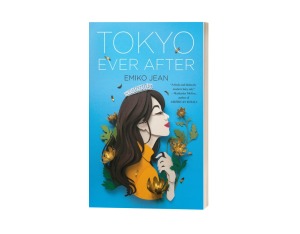 Not going to lie, Tokyo Ever After is the title that I am the most excited for out of all the books I heard about from the previews last year! I’m hoping to get a review copy of this one so I can read it as soon as possible and share with you guys my thoughts on it. Izumi Tanaka is a Japanese American girl who has been raised by her mother with no idea of who her father is. So she’s in for a big shock when she discovers she is none other than the Crown Prince of Japan! Described as “The Princess Diaries meets Crazy Rich Asians”, I’m looking forward to all the Japanese culture and family drama and the promise of a potential bodyguard crush romance. As an Asian American who also grew up in a predominately white town, I can definitely relate to feeling like I don’t belong both in the country I was born in and my parents’ country. Tokyo Ever After has already been optioned for a TV series and a sequel is already set to come out in 2022!! 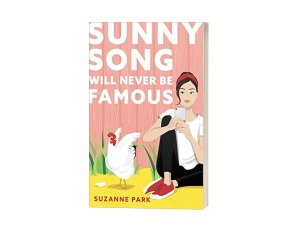 Sunny Song’s summer goals include making Rafael Kim her boyfriend, getting to 100 K followers and of course having the best summer ever! Unfortunately, her plans are ruined when she accidentally makes an inappropriate video that goes viral, causing her principal to make her parents send her to a digital detox camp. Now she’s stuck in a farm in Iowa, which is basically the middle of nowhere to her, with no Internet access! Touching on topics like online addiction and casual racism, Sunny Song Will Never Be Famous promises to be both funny and heartwarming that fans of Jenny Han’s books may also enjoy as well.

Pre-pandemic, I did most of my reading on public transit. Whether it’s on the bus, streetcar or subway, I’m used to reading during some kind of commute. Once Covid-19 became more serious and working from home became the new reality for me, I had to adjust how and when I read. These days I find I do most of my reading in bed. An English teacher I once had suggested to me and the rest of my class that if we have trouble falling asleep at night, to read a physical book. I’ve never forgotten her advice, which comes in handy during these stressful times. ⁠
Yes, I know the book is called A Phở Love Story. Unfortunately, despite being Vietnamese, I could not get a homemade bowl of phở for this book photo. Hopefully, this photo of me in my áo dài works?
Chúc Mừng Năm Mới! Happy Lunar New Year! 🐂
Happy February!
Happy New Year! Thanks for all the support in 2020. My hope for 2021 is for things to be more boring and “normal” compared to the craziness of last year.
Shelf Stories!
Loading Comments...
Comment
×
%d bloggers like this: